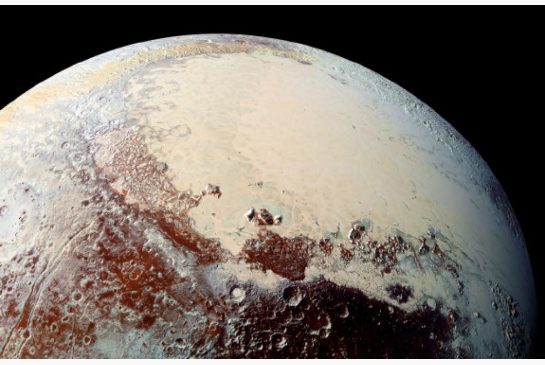 The neighborhood’s getting interesting again. Used to be we thought of Pluto as a cold, hard rock way out on the edge of the solar system. Dry, like an asteroid. But last year’s New Horizons probe is producing some shocking reveals as scientists pore through the data it sent back.

Starting with the possibility of running liquid on the surface at some point in the planetoid’s history. Yep, rivers and even lakes. Though not water—it’s still too cold for that. Instead, researchers believe Pluto may have once been home to bodies of liquid nitrogen.

And they suspect that the unexpected presence of hot and cold running nitrogen has something to do with the planetoid’s extreme axial tilt. Earth’s tilt sits at a relatively comfortable 23 degrees. Pluto, on the other hand, is canted over at a vertigo-inducing 120 degrees. And that means that it has large tropical zones. Places where it gets hot enough for nitrogen to thaw.

But it also has big arctic zones. And, in a weird twist, areas where the two zones overlap.

Check it out at: 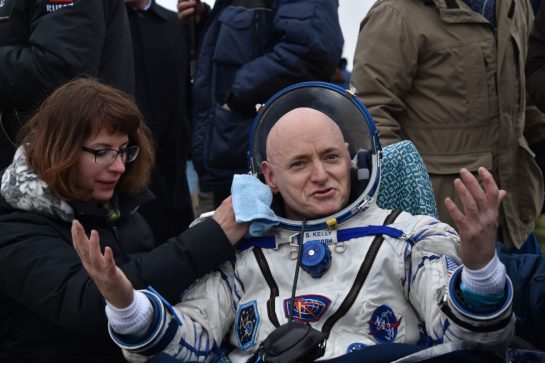 Yesterday, American Scott Kelly and Russian Mikhail Kornienko parachuted their Soyuz capsule back to Earth after 340 days on the International Space Station—a new NASA record. Spending almost a year in space is an early step in NASA’s longer term plan for sending astronauts to Mars. And that trip will take two and half years return—hell of a commute.

While orbiting in his tin can, Kelly experienced more than 10,000 sunrises and sunsets in less than a calendar year. He travelled more than 231 million kilometres.

Meanwhile back on Earth, his identical twin, Mark offered himself as a medical test subject so doctors can compare the effects of zero gravity, radiation, etc. on the two brothers.

Here’s to putting boots on mars in our lifetime!

BTW—apparently NASA is looking for volunteers for more 1 year missions. 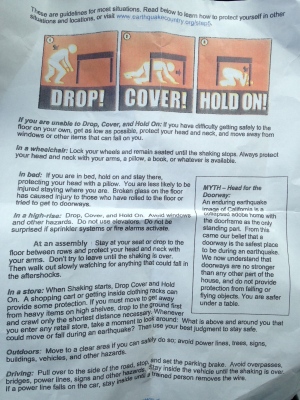 In the past few weeks up to thirty small earthquakes have battered the town of just over 1200 people, located a couple of hours northwest of St. John. The quakes are strong enough to knock plates off shelves and break windows. And they’re hitting frequently enough that townspeople have felt as many as 20 in one night—making sleep difficult for many.

Thing is, this isn’t the first time McAdam has suffered such a swarm. Back in 2010 they were hit by a wave of earthquakes lasting fifty days. And then again, two years later, the tremors returned for ten more days.

They may not be large magnitude events, but the frequency has to make life in the small town interesting at best.

Check out the details here: http://www.cbc.ca/news/canada/new-brunswick/mcadam-earthquake-swarm-new-brunswick-1.3441895 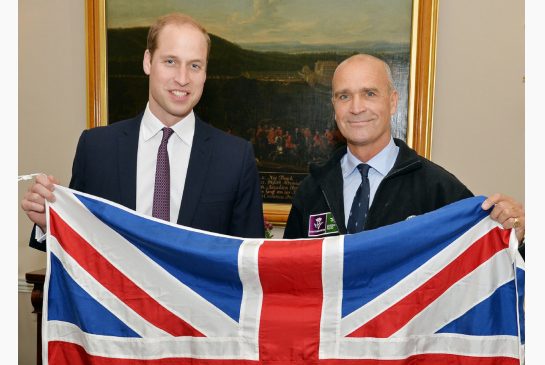 1600 km across the frozen wastes of Antarctica—to complete Ernest Shackleton’s failed lost expedition mission, and to raise money for wounded troops. And he almost made it. Just 48 km shy of the end of his trip, Henry Worsley’s body gave out—forcing him to call for help.

After 71 days alone on the ice, pulling his supplies on a sled, and suffering every step of the way, he finally succumbed.

Worlsey was an ancestor of Ernest Shackleton. Shackleton’s ship, The Endurance, had been trying to find a route across the Antarctic through the South Pole, but had been trapped by pack ice. In a desperate bid for survival, Shackleton successfully led his crew across the ice to the safety of a whaling station.

Worsley was attempting to complete that original mission and find a way across the barren continent. Unfortunately, after being airlifted to a hospital in Punta Arenas, Worsley’s body could take no more punishment. He passed away the next day.

Rest in Peace, one of the great explorer’s of our, or any time. 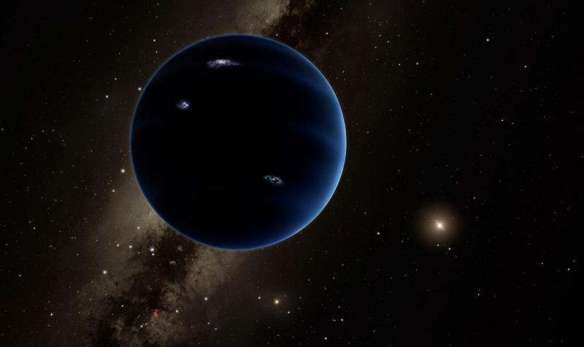 We kicked Pluto out of the happy planets club a decade ago, meaning the solar system’s active roster was down to just eight planets in the solar system. But now there’s a new member on the scene—dubbed Planet X.

On Jan. 20, Caltech scientists, Mike Brown and Konstantin Batygin, announced their discovery of evidence suggesting the evidence of a Neptune-sized planet out beyond the orbit of outcast Pluto. Evidence suggest it’s a gaseous ice giant that’s up to ten times the mass of the earth. And it’s orbiting so far beyond Pluto that it takes 10,000 years to orbit the sun

And of course, conspiracy theorists have wasting no time in announcing that the discovery of Planet X obviously portends the end of the world. Stay tuned for more on apocalypse times and dates in your local area.

The only thing left now is for someone to actually lay eyes on the elusive giant. Check out the details here: 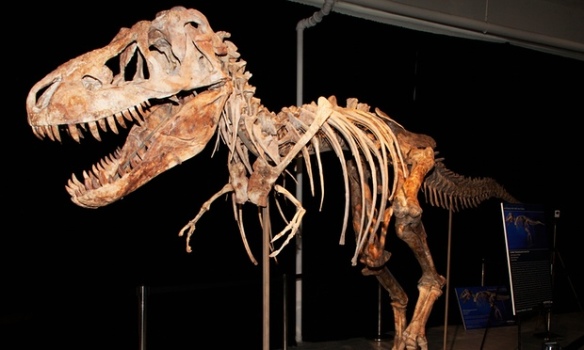 Cage outbid fellow star and fossil buff, Leonardo DiCaprio for the skull back in 2007, paying $276,000. Cage received a certificate of authenticity from the gallery, and, at the time, all seemed cool.

But then the Department of Homeland Security came knocking. And suspicions were raised that perhaps the skull had connections to infamous fossil thief, Eric Prokopi—who has since served a stretch in the big house for the theft of another Tyrannosaurus bataar skeleton from Mongolia.

Once he was advised of that his bataar had been illegally smuggled out of Mongolia Cage agreed to give it back to its country of origin.

Way to do the right thing, Mr. Cage!

Check out the details here: 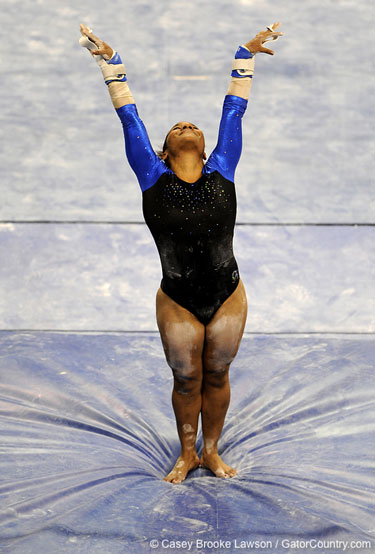 Perfect ten’s from all the judges—last night SpaceX’s Falcon 9 rocket made its first successful vertical landing on a pad in Cape Canaveral.

This wasn’t just a demo flight. No mere test. The Falcon 9 took off for space with a payload of 11 communication satellites to be launched into orbit. Two minutes in the flight, stage one separated, turned itself around and returned to land safely on the pad at the Cape, while the upper stage continued on to successfully deliver it’s payload into orbit 800km above the Earth.

SpaceX founder, billionaire Elon Musk, says the capability to land and reuse the booster rockets will significantly reduce the cost of space flight.

Perhaps we have just witnessed the inciting incident that will kick off the great age of commercial space flight promised for so long. 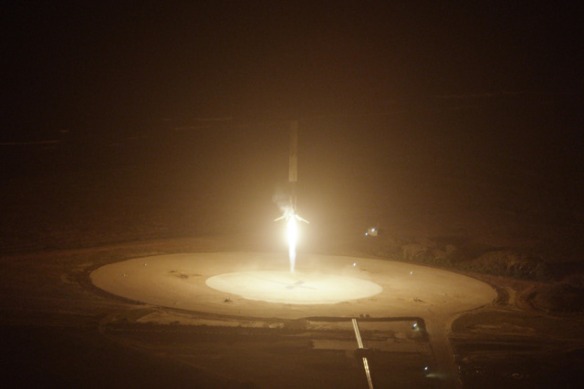 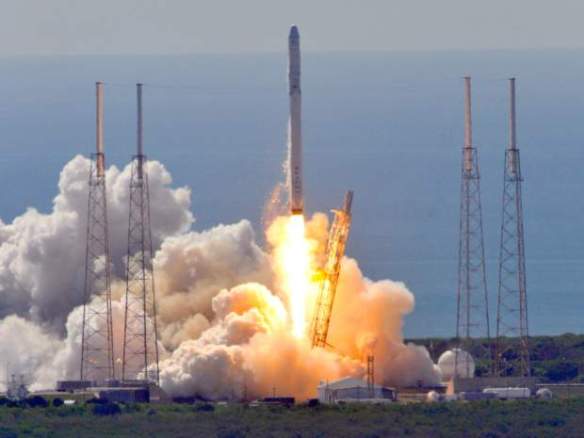 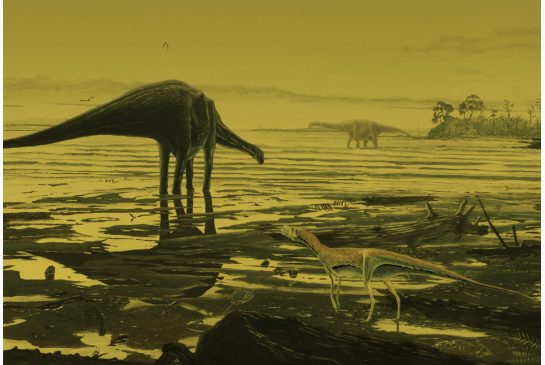 The tracks, some as much as two feet across, indicate these were massive beasts—maybe 50ft in length and weighing up to 20 tons. Perhaps they were early cousins of brontosaurs or Diplodocii?

Although recent finds suggest sauropods were able to support their own terrific weight on land, this pack had been wading through the depths of the lagoon. Maybe feeding? Maybe avoiding predators?

It’s too soon to say.

But, huge reptilian beasts trekking across prehistoric Scotland…makes you wonder what’s hanging around that loch all these years later…

Check out the article at: http://www.thestar.com/news/world/2015/12/04/giant-footprints-in-scotland-reveal-the-dinosaurs-that-once-roamed-there.html 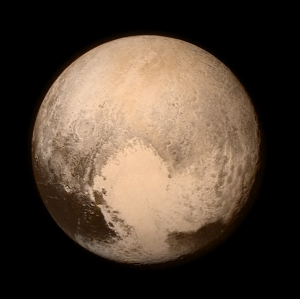 New Horizon’s has already beamed back pictures of Pluto and its five moons. But tonight it will transmit—hopefully—the final all clear signal indicating that it has survived it’s epic journey to the edge of the solar system in fine shape. A journey that took so long that Pluto itself was demoted from full-fledged planet to dwarf status during the voyage.

But dwarf or not—it looks great to me.

Check out the full story here: